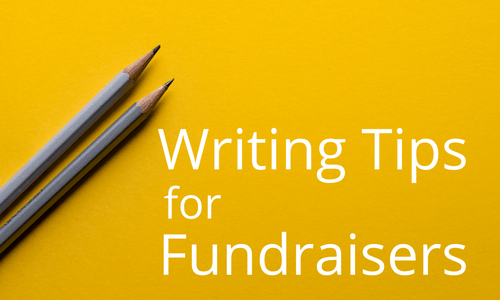 This year I’ve been offering year-end appeal reviews to organizations who want an extra set of eyes on their appeal before sending it out. When I provide edits and feedback there are a few things I look for. Good grammar, the arrangement of paragraphs, the theory of change, a story, and more.

As I’ve been working through a number a appeals in the last few weeks, I’ve noticed a consistent mistake that can be easily fixed. The mistake is that the tone of the story is not the same as the rest of the appeal.

Specifically, what I’ve seen is that the story will not be nearly as emotionally charged as the rest of the letter. I’ll see words like “despair,” “shocking,” or other words that insinuate some terrible circumstance or heighten stakes in the appeal. Yet, the quotes from the story will be very factual and not at all reflect the emotion the letter is trying to convey.

What is problematic about this that it makes the letter seem over the top and the claims in it unsubstantiated. Frankly, that the last thing you want readers to glean from your appeal. Instead, you want your appeal to be consistent, strong, and persuasive.

The claims in your fundraising appeal should be substantiated and strengthened by the story you tell.

If you want to edit your appeal for this common mistake, here are a few tips.

In this post, I’ve used the example of an appeal letter but really you could apply this same concept to emails, social media posts, or donation pages.

Looking for more writing tips for fundraisers? Check out the other posts in this series.