You are here: Home / Non-Profit Storytelling Examples / This is how to run a non-profit crowd-funding campaign 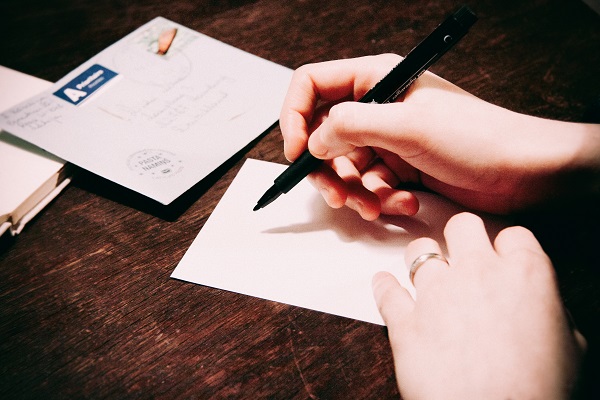 There’s nothing I love more than seeing a great non-profit fundraising campaign in action. Today, I thought I would share a recent favorite with you – the Write On crowd-funding campaign.

I’m a long-time stationery enthusiast in my personal life. I love writing cards to people. In fact, when my husband and I first started dating and lived in two different countries we wrote letters to each other. They are some of my most precious possessions that I will cherish for years to come. Some people will tell you that snail mail is dying, but I say no way! Think about how special and awesome it is to receive a hand-written note from someone. It’s a rare occasion in this age of electronic communication.

Naturally, I’m probably the target donor for the Write On campaign. And full disclosure – I’ve already made a gift to Write On and so can you! I love giving to crowd-funding campaigns because of the fun perks that come with them.

But the reason I want to share it with you today is to look at the story they tell in the campaign and why it works well.

Last year, Write On was a national campaign run by 2 letterpress card companies. The idea was to encourage people to write a hand-written note every day for 30 days to promote joy, creativity, expression, and connection through hand-written correspondence.

This coincides with National Letter Writing Month, which is April. Definitely something that should be on every non-profit’s stewardship calendar!

Last year, they gave away 5,000 letter writing kits to people who wanted to participate in the campaign. While that’s a big number, what’s even more amazing tho think about is how many people received heartfelt letters from friends or family, and the connection that emerged from that.

Although I didn’t write 30 letters (I think I managed to write about 15), I got so many wonderful notes back from people who said that they LOVED receiving a letter from me. That feedback was really special and it helped deepen many of my friendships.

The Write On campaign has a terrific video on their campaign page that tells the story of their founder, which you can check out below.

They have big dreams for what letter writing can do for people around the world, so they actually became a non-profit this year.

So there’s a great story about how the campaign got started. It tells the story of who they are.

In addition to this story, there is the on-going narrative of the campaign and that happens through the follow up since I’ve made a gift.

They’ve sent me 6 updates about the campaigns. Now this wouldn’t work for a traditional fundraising campaign because there’s not the sense of immediacy or urgency that comes with the momentum of a crowd-funding campaign. These updates have been about 1) how the campaign is going, 2) new goals, and 3) other good news.

The benefits of sending out updates like this include:
– Keeping donors informed
– Building a sense of community and momentum for the campaign
– Activating donors to make multiple gifts
– Developing the campaign story further

Write On in April

I’m really enjoying being a donor to the Write On campaign. Not only is writing something that I care a great deal about, it’s also fun to remember what it’s like to be a donor; not just a fundraiser.

If you’re interested in joining me as a donor to the Write On campaign, you can make a gift here.  The last day to donate is Wednesday, March 3rd.

« Recap of Day 3: The Storytelling Non-Profit Virtual Conference
12 Top Takeaways from a Year of Blog Posts »