You are here: Home / Women In Fundraising / #FemaleFund Twitter Chat

We are approaching some important dates. The anniversary of the 2017 Women’s March. The other one that is top of mind for me is the anniversary of AFP publishing its article, “Why Are There So Few Men in Fundraising?” For me, this last year has been one filled with a lot of organizing, convening, and connection with like-minded people (and dealing with the occasional troll).

One of the people that I’ve been most excited to connect with has been Preeti Gill. Our paths crossed a while ago in higher education fundraising, and more recently they crossed because of our commitments to equity, inclusion, and diversity.
Since Preeti is a prospect researcher and I’m a fundraiser, we approach these conversations from slightly different angles and it’s been fascinating to see it unfold.

As we thought about ways to continuously broaden this conversation and community, we decided that we’d co-host a Twitter chat to talk about women’s philanthropy and women in fundraising. Consider this your invitation to join us and many others for this conversation!

Here are the details. 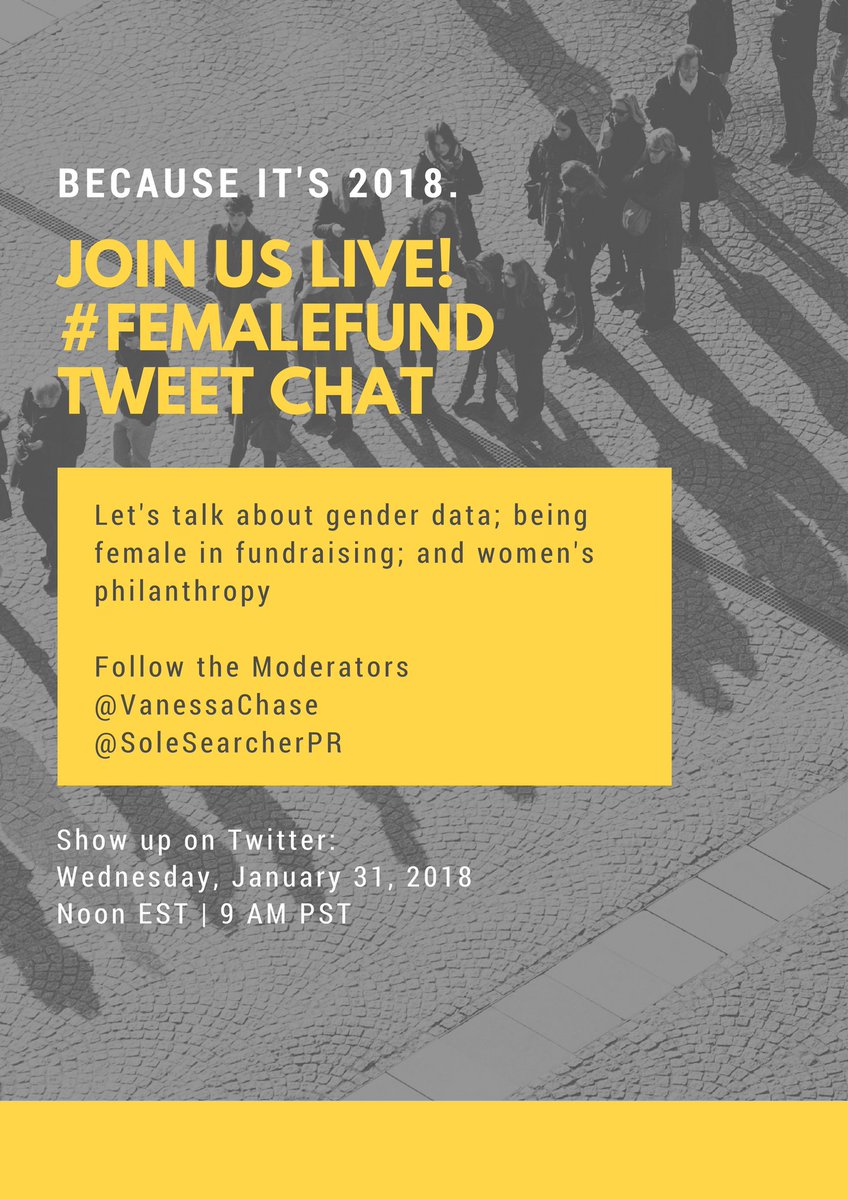 Hope to see you at the Twitter chat on January 29th!