You are here: Home / Guest Experts / Case Study: One Story, One Detail

Most people think storytelling has to unfold this way:

That’s a strictly linear approach, and it isn’t necessarily the best one for fundraising. A really powerful story detail might be a much bigger deal than pure chronology. But why take my word for it? Let’s look at a real example …

The nonprofit: A well-known charity that intersects social and health services
The campaign: Donor affirmation, with a soft ask
The channels: Email and a Facebook ad
The strategy: A story-based approach with one really strong visual

It started with a simple story. A little boy named Ty needs life-saving medical treatment. Ty and his family live on the west coast. The medical treatment he needs is on the east coast. A basic detail? Nay! The smart fundraiser sees opportunity!

Let’s unpack this specific detail a little more. A little boy seeks medical care across the country. He leaves his home and everything he knows. His friends. His school. His dog. That once-small-detail now appears to be a very large point of conflict — which is a key ingredient of powerful storytelling.

So we focused on the cross-country detail, because it provided us with some visual interest. We created an email about Ty, and an integrated Facebook ad. The Facebook ad used an animated GIF so that when you click on it, it shows Ty “travelling” across the country (using an animated dotted line) from west coast to east coast. Each frame of the animated GIF also told one important detail about Ty’s story. And then? We thanked the donor for helping kids like Ty. 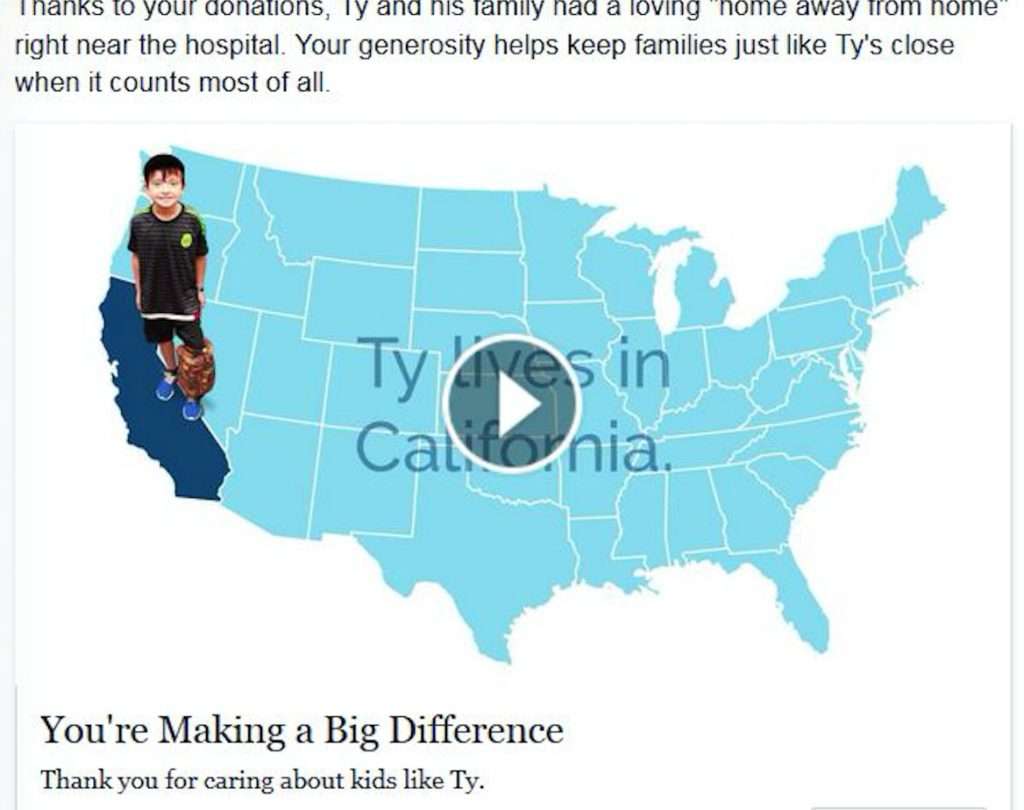 The email used the same map graphic that we used in the Facebook ad — though it was not animated. And there was more real estate in the email to tell Ty’s full story and show photos of his family. 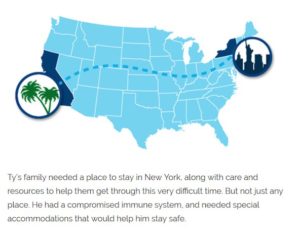 So how did this campaign do?

Of six affirmation-style emails we sent for this client over the course of a year, Ty’s story brought in the most revenue. There was a clear lift in performance from pairing it with the Facebook ad and from the strong visual element used in both appeals.

The open rate of Ty’s email was the third highest in this six-email affirmation series. There are also all kinds of metrics on the animated GIF views from the Facebook ad, including reach rate, time per view of video, and lots more. Our digital strategist tells me that those numbers show this was a successful campaign.

So this brings us back to where we began …

How should your storytelling unfold? Maybe instead of Beginning, Middle, End, it’s this: